John Lake, one of Iowa City’s most admired and innovative guitarists, is also one of eastern Iowa’s most experienced teachers. 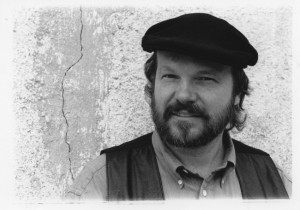 John began teaching almost forty years ago as a high school student in Mason City, Iowa. He has taught almost every style—folk, blues, rock, jazz, country, and R&B. He teaches all levels, acoustic and electric. And because of his versatility and expertise, many professional musicians have asked John for lessons.

John uses a hands-on, student-centered approach to teaching. He plays with students from the first lesson, so they develop rhythm skills and confidence. He starts beginners with a method book and simple chords, then quickly moves to songs the students want to learn.

Whether the guitarist is beginning, intermediate, or advanced, John tailors his lessons to their needs. For students who want to play and sing, John draws on his twelve years of vocal training to provide guidance and encouragement. John also teaches music theory, which he learned from his own guitar teachers and at the University of Iowa. 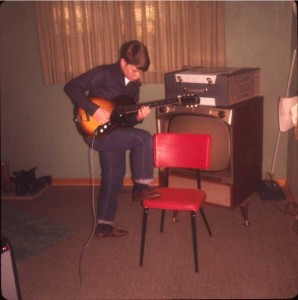 John organizes recitals for his students at the Mill Restaurant in downtown Iowa City. Each student has an opportunity to perform onstage, accompanied by a full band. Parents, friends, and students always have a great time!

John has been a sought-after professional musician since 1967. He started his career with Top 40 and show bands. In 1969, he formed one of the first Iowa groups to play a full repertoire of classic rock, including new music by the Beatles, Neil Young, and Led Zeppelin. In the ’70s, John moved to Iowa City and played with the town’s finest musicians. Rock, funk, folk, jazz, and free-form improvisation were all in the air. 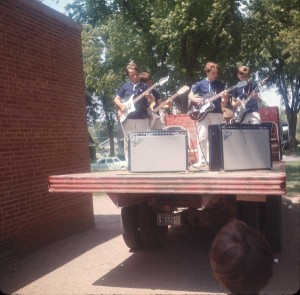 Iowa City’s clubs, university concerts, and avant-garde happenings proved an ideal training ground for John’s fabled eclectic style. In 1975, John played on Iowa Ear Music, an album that received 5-stars in jazz magazine Downbeat. In the ’80s, John released Listen, a cassette of original New Age music. Later he joined The Dale Thomas Band, one of the finest country swing groups in the Midwest, where he utilized his mastery of the Chet Atkins guitar style and apprenticed as a bassist.

In 1996, John produced and released Hot Little Biscuits, a CD of original pop-rock material. John has experience with worship music as well, having been the staff guitarist for Hope Methodist Church in Iowa City from 1995 to 2001.

Currently, John performs with Shinbone Alley, a bluegrass band; Richie Lee & the Fabulous Fifties; and the Gitano Quartet, which specializes in gypsy jazz.

John has been married for 30 years to his wife Sharon, who works for Kalona Organics, a local, organic dairy company. They enjoy live music and theater, reading mystery books aloud, and cooking dinner together.